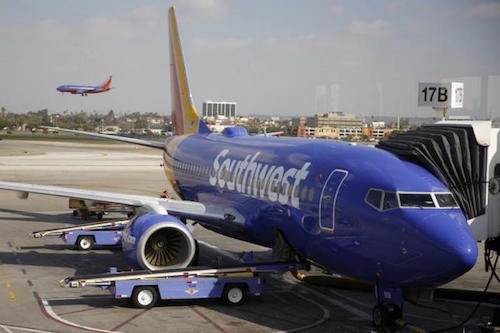 Big airlines are making waves in the oil market for the first time since prices went into a tailspin nearly two years ago, betting this may be their best chance to lock in cheap jet fuel for years to come, industry and market sources say.

A number of airlines moved last week to place significant oil price hedges for 2017, 2018 and even 2019, according to three trading sources familiar with money flows. They declined to specify companies, but said it was the largest flurry of such activity in more than a year.

A fourth trading source indicated that bigger trades occurred in the over the counter market last week. While still small relative to previous years, when some carriers hedged as much as 40 percent of their fuel costs, the recent activity was robust and included larger players, the source added.

The renewed interest suggests that airlines executives who were stung by billions of dollars in hedging-related losses last year are more confident that they’re buying at the bottom, a further sign of shifting sentiment in the oil market after an over 60-percent price slump since mid-2014 LCOc1.

Big oil consumers are coming around to the idea that “we’re not going to see too many more legs down” in prices, said Steve Sinos, vice president at consultancy Mercatus Energy, which advises corporations including airlines on hedging strategies.

Their clients are “getting comfortable with the idea that this is a good price if not the best price.”

The activity has helped buoy so-called longer-dated oil prices, with December 2017 and 2018 U.S. crude futures LCOZ7 enjoying their most sustained rally since prices began tumbling in the second half of 2014. Selling pressure has resumed in recent days amid concerns that a promise among major global oil producers to ‘freeze’ output was in danger of falling apart.

The number of clients calling Mercatus for advice has increased lately compared to six months ago, when prices were also in free-fall but companies were less certain that they had seen the end of a historic price rout.

To be sure, airlines – which typically hedge some volume every quarter – have a mixed record of calling the market’s turning points. Consultants say airlines are more cautious now after some past hedges turned out costly because the contracted fuel costs proved higher than market prices.

Last summer, as oil prices appeared to be stabilizing at around $60 a barrel, Southwest Airlines Co and United Continental Holdings Inc said they had added new hedges against a rise in oil prices, but appeared to regret the decision after further losses.