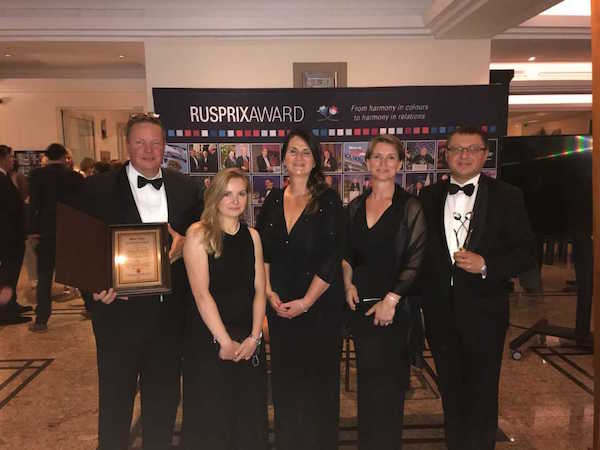 AirBridgeCargo Airlines, one of the major international airfreight carriers, has received a RusPrix Award for its ‘outstanding contribution to the development of Dutch-Russian economic cooperation in the field of logistics and transport’.

The award was presented during the annual RusPrix ceremony, which was held in Noordwijk aan Zee in the Netherlands on 15 June.

“It is a great pleasure for me to be on this stage accepting this award. We are deeply honored to be among the winners and to have earned this acknowledgment of our achievements. We will continue strengthening our footprint in Amsterdam and will bolster the further development of the logistics sector between Russia and the Netherlands,” commented Andrey Andreev, Vice-President, Europe for AirBridgeCargo Airlines in his acceptance speech.

AirBridgeCargo has been providing scheduled cargo services to Amsterdam since 2005, connecting Dutch customers with Russia, Asia, and the Americas in the most effective manner and guaranteeing access to its international network of more than 30 cargo destinations. For the last 18 months, ABC’s total cargo carried to/from the Netherlands has amounted to over 200,000 tonnes. Amsterdam has become one of the prime online stations for the development of abc pharma services for healthcare, pharmaceutical, and other medicine-related products. The airline’s Amsterdam station is also Envirotainer QEP certified and is supporting the Pharma Gateway Amsterdam initiative, which has increased ABC’s recognition and brand awareness in the European pharmaceuticals market.