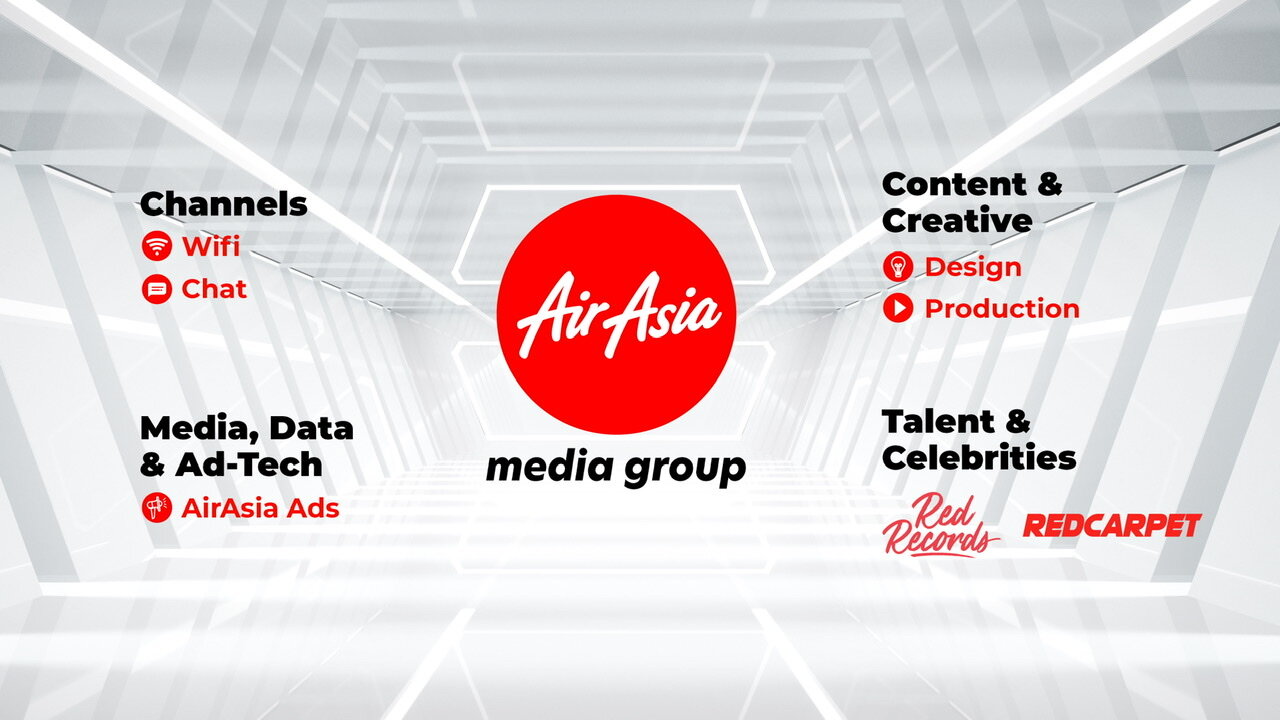 AirAsia announces the consolidation of its media solutions, which encompass adtech, content and media-related offerings, under AirAsia Media Group. The AirAsia Media Group is a one-of-a-kind marketing solutions partner, integrating adtech and data with content and publishing channels, focused on travellers and pop-culture in ASEAN.

As AirAsia’s media arm, the Media Group will play an integral role in the airline’s fully integrated travel and lifestyle ecosystem-building efforts. By leveraging AirAsia’s extensive range of omnichannel media assets and rich first-party database, the Media Group is able to engage consumers at every touchpoint and provide targeted media solutions to brands, through its proprietary self-service ad tech platform or managed service.

The establishment of AirAsia Media Group is aligned with AirAsia’s digital transformation strategy and will position the media group as the engine to power, distribute and unify AirAsia’s advertising assets across the group companies, creating a results-oriented proposition for its advertising partners, from online to in-flight, and from origin to destination.

Sumit Ramchandani, CEO AirAsia Media Group said: “One of our unique strengths is our ability to connect with over 75 million users globally through 15 product lines in travel, e-commerce and lifestyle on a single data-driven platform. Tony, our founder, always reminds us to never waste a crisis. This pandemic has forced us to leverage on the power of our own ecosystem instead of relying on paid marketing. We realised that the strength of our ecosystem extends beyond travel to also serve the e-commerce and lifestyle verticals. With our extensive range of omnichannel media assets and rich first-party data, it made sense for us to come up with a unique set of media solutions for marketers. By unifying our media functions under a single group, we hope to better support marketers achieve their goals by providing quality data and increased conversion. We also have in the pipeline a slew of exciting new initiatives, one of which combines fans, travel and talent in a way never done before, so stay tuned!”

The consolidation of services also allows AirAsia Media Group to open more job opportunities in the areas of digital marketing and e-commerce, as well as sales team in the Philippines, Thailand and Indonesia.

AirAsia Media Group seeks to work with both agencies and brands, especially those targeting ASEAN travellers and pop culture. Besides working with related companies such as Tune Hotels, Teleport and more, other clients include from various industries such as F&B, fashion and travel.