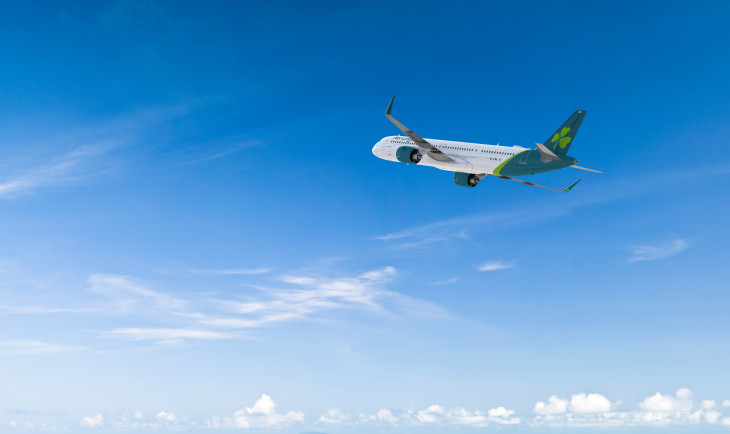 “As we work towards our commitment of powering 10% of flights using sustainable aviation fuel (SAF) by 2030, this agreement with Aemetis will see aircraft on our San Francisco route using low carbon biofuels from sustainable wastes.

This summer we have signed two significant SAF deals and a lease agreement for two new Airbus A320neo aircraft. These are all key steps in achieving our lower-carbon future and net zero carbon emissions by 2050.”

IAG, parent company of both Aer Lingus and British Airways will purchase a total of 78,400 tonnes of SAF over seven years, enough to reduce CO2 emissions by up to 248,000 tonnes (the equivalent of taking over 16,000 cars off the road) across the same time period.

In July, Aer Lingus signed another SAF agreement with Gevo, Inc., a US-based renewable fuels producer. The agreement will see the purchase of 19,000 tonnes of sustainable aviation fuel per year for five years, powering flights from Los Angeles.

Aer Lingus is also investing in new generation and more fuel-efficient aircraft such as the Airbus A320neo and A32l neo LR.

In June, Aer Lingus signed a lease agreement for two new Airbus A320neo aircraft which will see this new generation aircraft joining Aer Lingus’ fleet for the very first time. The Airbus A320neo delivers up to 20% reduction in fuel burn and CO2 emissions and close to 50% reduction in noise footprint when compared to the previous generation aircraft, A320ceo.